rcarousel development is discontinued at the moment. Maybe If I have more time and feel like it I will resume the work on the project. Anyway I encourage you to share it, fork it and whaterver you feel like. But please – respect the licence.

rcarousel is a jQuery UI continuous carousel with many cool features. It is highly customizable and supports even olderbrowsers (No IE6, please).

Now rcarousel is very simple to use. Just add some elements into a container and run the widget on it!

rcarousel does not force you to use one pre-defined theme. You can add your own custom navigation with no effort!

many options to choose from

There are many options to choose from. Configure your carousel whatever you like!

As of 1.1 version you can use hopefully any HTML element inside a carousel. To illustrate this, take a look at the carousel I used at the top of the page.

As of 1.1 version there is no problem with wrapping IMG elements with links. Another nice feature!

You can add as many carousels as you like to a page without a problem. To see a working example, take a look atmulti carousels example.

With the help of append method, you can load elements on demand. It can come in handy in AJAX calls.

Thanks to the Auto mode you do not even have to use navigation.

The pagination algorithm that is a part of rcarousel allows you to use a custom number of visible elements and a step to scroll by.

Available API allows you to control rcarousel at the run-time!

rcarousel was tested and has been tested in many browsers. If you come across a bug, please report it in the bug tracker. Some browsers like Internet Explorer 6 are too old and will not be supported. Because of some browsers release cycle like that of Chrome (and Firefox until recently), it is very hard to keep track of rcarousel behaviour in these browsers. Thus the widget was tested just in Chrome/Chromium. Also please note, it is not so easy to estimate the number of browsers to test in especially when it comes to minor releases or a bug fix releases. The more the better is not the answer. If the browser you want to use rcarousel in, is for some reason important to you, and the widget doesn’t work in it, you can fill in a bug report inthe bug tracker.

rcarousel was tested in the following browsers:

To get started, add the following JavaScript scripts. rcarousel is built on jQuery 1.7. Since rcarousel is a jQuery UI widget, some additional dependencies are required.

In examples below, replace path with the path to the folder where rcarousel is kept:

Then add the following style sheet in the head section:

To make it work, add images, or any html content inside some DIV element. For example:

Now rcarousel will be run with the default options. You should at least change default size of an element, for instance:

Version 1.1.3 is a point release that fixes the issue #14. As you can read there, this one-character typo makes html carousel example broken in IE7. Sorry for inconvenience!

Version 1.1.1 is a quick release to help you use rcarousel with a lightbox. Now event handlers and data are copied as well. Have a peek at this awesome example. Please consider donating some money. As this is the last day of 2011 year, I wish you all the best in the coming 2012 year!

Now, using rcarousel is even more simple. Just add some content into a container and run it!

Version 1.1 supports any kind of content in a carousel. Not only images!

Ajax calls have been delegated to third parties. See the example.

Main pagination algorithm has been further improved and well documented.

Where to get help?

First, do not use bug tracker to get help! It’s not meant to be a helping center. Also do not e-mail me directly with a problem that could easily be solved by someone else. To get help, I encourage you to ask, for example on stackoverflow or other Q&A service.
Remember, bug tracker is for reporting bugs and, to some extent, asking for features. 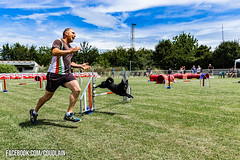 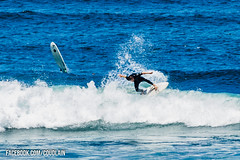 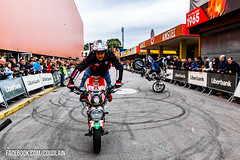